For centuries humanity has wondered how the world came into existence and how and why it is that there is so much suffering in this world. Many sought the cause of beings or gods existing outside of humanity while the Torah focuses on just one God Who would be the Cause of everything.

Looking at the story of the “commencement” or the beginning of things, the Bereshith or Genesis book is composed of four major sections, different toledot or stories:

By its first word, “bereishit”, which means, “In the beginning” it is indicated we shall hear a story about beginnings.

In the first section we get the primeval history, taking us from the creation of the world through the birth of Abram’s father nineteen generations later.

The Bible has no intention to bring a scientific description how everything came into being. You should consider it more as a short-story, told in such a way that it can be told from one generation to the next.

In ancient times it was important that the stories were transmitted orally to the extent that it could be useful to young and old. Thus it had to be understandable and rememberable for everyone.  Therefore this book its stories are short, loosely strung together, and connected only by genealogies that identify the generation in which the action takes place. There is, however, an overriding theme:

In a few paragraphs we are given an idea what happened over a period of time (6 phases or periods) to bring the story of Bri’at HaOlam. We come to learn that there was One Spirit Being Which had no beginning (and no end). That eternal Spirit Being let Its Bat Kol or Voice from heaven or space, resound in the Tohu wa-bohu (the deep or chaos- formless and void), a sort of nothingness or “empty space” where it is left open if there was a “somethingness” or something disordered, in an atmosphere where there was no time or ordering yet. Except there being a Voice it does not mention any sound, but also does not say if there could be heard a “big bang” or not.

People coming to read those stories should come to see that at the centre of attention is a Special Being (no man can see) Whom we call God. That eternal Singular Spirit Being is portrayed rather anthropomorphically and speaks directly and frequently to human beings, condemning or sparing, announcing His judgment or His merciful forbearance.
Largely because of its focus on creation, the primeval history exhibits a number of contacts with Mesopotamian mythology. The account of creation with which Genesis opens (1:1–2:3), for example, has affinities with Enuma elish, a Babylonian epic, which tells how one god, Marduk, attained supremacy over the others and created the world by splitting his aquatic enemy in half.

Throughout the ages lots of peoples wondered how everything came into being and how the first human beings came into existence and how they lived. Wanting to go back to the roots of their existence many peoples told their children stories about the early beginnings. As such we can find many creation myths.
In lots of those stories we learn about there having been a primeval “chaos”. Some say that chaos belonged to a god or goddess. (Like Tiamat, the Babylonian primordial goddess of the salt sea, mating with Abzû, the god of fresh water, to produce younger gods.) By some people it was a mating with each-other what brought new elements in the universe. By others it was vomiting, or something coming out of the belly. As such we can find by the the Kuba of Central Africa, the sun, moon and stars being vomited up by the giant god Mbombo after a spell of nausea.
Most peoples wondered about the realm of space, what would be beyond their living quarters or the horizon.  They had questions in their head, where everything came from, what stirred everything and what their role would be in this all.

By all those peoples living on this globe, people could find good but also bad people. For most of them it was clear that at the origin everything should have been good. They all also have stories to relate how evil came on this earth and became part of mankind.

The epic poem Gilgamesh telling how its hero lost the opportunity for immortality and came to terms with his humanity is very similar ot what can be found in the Bereshith.  In that Genesis Book we find the story of Adam and Eve’s chet or sin in the Gan Eden (2:25–3:24) displaying similarities with other stories about evil coming into the world, by a rebellion against God or gods.

Both a creation myth and a flood account, can be found as one of three surviving Babylonian deluge stories. First there are the Sumerian gods Anu, Enlil, and Enki, gods of sky, wind, and water, plus having a mother goddess Mami, who may have become Belet Ili (“Mistress of the Gods”) when, at Enki‘s suggestion, the gods slew one among themselves and used that god’s blood and flesh, mixed with clay, to create humankind. Also known as Belet-ili, or Nintu. Alternative forms of her name include Mama and Mammitum.

Out of the red clay or earth a being with red water running through its veins was created, hence its name: A·dham (man from the earth). This also can be found in stories of Native Americans, where the creating of humans happened by shaping clay figurines mixed with the flesh and blood of a mother god or by a father god, who had all intelligence and therefore often being called the god of wisdom, whilst man did not have so much wisdom.

The story of Noah (6:5–9:17) has close connections with Atrahasis, a Mesopotamian story in which the gods send a flood to wipe out the human race, with the exception of one man from whom humankind begins afresh (the story was eventually incorporated into Gilgamesh as well). A paradigmatic statement is made in the narrative that begins with Genesis and ends with Joshua.

In the early chapters of Genesis, the divine is described as the creator of humankind and the entire natural order. In the stories of Eden, the Flood, and the Tower of Babel, humans are recognized as rebellious and disobedient. Also such disobedience against god or gods can be found in several myths by different peoples. The similarity in those stories widespread throughout the world, may be an indication of one and the same narrative of events that occurred to or among a certain people.

Everywhere we can find that man felt guilty about having taken a rebellious position against God or gods. Being aware that such a wrong decision by man, urged humankind to restore the relationship between God or gods. In the patriarchal stories (about Abraham, Isaac, Jacob, and Joseph), a particular family is called upon to restore the relationship between That God and humankind.

Several people are convinced that the biblical narrator has adapted the Mesopotamian forerunner to Israelite theology. The primeval history thus evidences both the deep continuities and the striking points of discontinuity of biblical Israel with its Mesopotamian antecedents and contemporaries.

Nature of the Bore according the first books

From dust and breath into living beings

About The story of Creation 3 Nothingness, chaos, order and divine intelligence 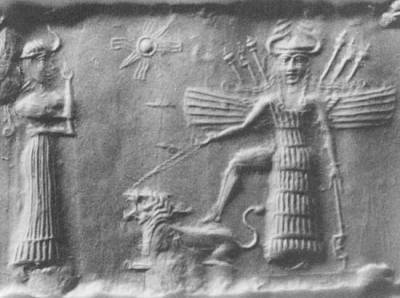 4 thoughts on “Stories of the beginnings, and one Main book composed of four major sections”

The whole Parsha of Shemot brings us the clear answer to Pharaoh’s scoffing “Who is HaShem!” of Parshat Shemot!
The Divine Author caps off Parshat Shemot with a promise that now we will see what HE will do to Pharaoh & how Pharaoh will bow before our G-d, sending out Israel strongly from Egypt!

Seventy-five years ago on January 27

An estimated 1.3 million people were sent to Auschwitz, and 1.1 million died there including 960,000 Jews. When 75 years  ago,  the  100th  and  322nd  divisions  of  the  Soviet  Army’s “1st Ukrainian  Front”  reached  the  Nazi  concentration  and  extermination  camp  of  Auschwitz-Birkenau they could not believe their eyes. Lots more soldiers came to see similar horror places and being disgusted by that what seemed inhuman many became convinced the whole world should know about this and should make sure this could never happen again.

The first human beings had chosen to go their own path. As any good father would do when his children had done something wrong, God punished them. But as a loving Father He in His great mercy promised for a solution and preserved David’s bloodline and the Messianic promise. Mankind had chosen Yet, we each […]

The birds, they sang At the break of day Start again, I heard them say Don’t dwell on what has passed away Or what is yet to be. Yeah, the wars They will be fought again The holy dove She will be caught again Bought and sold and bought again The dove is never free. […]

Curious how the centre for equality and anti-discrimination shall tackle the inappropriate caricatures presented at Aalst carnival 2020.