In the story of Kayin and Hevel we come to hear to what jealousy and envy can lead.

In the previous blogpost we have seen how our own attitude towards God and others is of importance and that for God it is our intention that counts. We should carry that warning from God in our heart so that we do what is right, so that sin can not be crouching at our door but that we shall have our thoughts and actions in control and in accordance to God’s mitzvot.

When people dwell on the wrong thoughts, the danger is around the corner and shall lure them in coming to do the wrong things, which we call “sinning“. From one mistake soon bigger mistakes shall come in the footlight, and from one sin another sin shall come forward.

We could see how important it is when we bring “minchah”, a dedication offering, that it is done with a right attitude. In a certain way God does not want something in return, because everything belongs already to Him. This way, when we want to give Him something, we should choose our gift with the right intention. In a way it has to be something special that we are going to offer to God. Our offering should be a representation of our feeling for God and be an act of a clear way of saying,

Hevel‘s name, meaning “vanity!”, says it all.  He was taken by a feeling of gaa’vah or pride about his brother’s appearance and his ability to please God more than him. In a certain way he might have had some conceit and/or arrogance and for sure did not show some modesty.

The Chavah had got her son Kayin of which she said she had received him with the help of the Elohim. (Bereshith 4:1). About her other son it is not said that all he did would have been done in vanity. We do not know if he wanted to do his best, but just did not manage to produce everything like he wanted it. In this chapter we can see how jealousy can lead to bitterness, then hate. In this story we even see it bringing Hevel killing his twin brother Kayin. As such, the Book of the beginnings portrays the first human death which came at the hands of another.

“Kayin said to Hevel his brother . . . But then it was, when they were out in the field that Kayin rose up against Hevel his brother and he killed him.
YHWH said to Kayin: Where is Hevel your brother? He said: I do not know. Am I the watcher of my brother?”
(Genesis 4:8–9 SB)

Kayin repeated to Hebel how God had rebuked him, and he blamed Hebel for it, instead of looking at what he could have done wrong. As he spoke we can imagine how he was getting angrier and angrier. He did not do this in front of their father, out of fear of him, but waited until the two of them were in the field, Hebel to check on his sheep and Kayin to tend his crops. Then Kayin picked a fight with his twinbrother and killed him.

… in my opinion the next phrase creates the context for this one. He said to him, “Let’s go out to the field,” and killed him there in secret. He may have killed him with the intent that the entire population of the world would descend from himself, Cain, alone (imagining that his father would have no more children). He was afraid that his brother would play the main role in populating the world, since his offering had been accepted.

The point of telling his brother what the Holy One had said to him was to claim that they had made up. That is what fooled Hebel into letting down his guard (Bekhor Shor). He drew him along in conversation to get him out of sight of their father (Abarbanel). And of their mother. What he told him was how angry he was (Sforno).

The Elohim’s question to Kayin recalls that to Adam in 3:9. In Bereshith 3:9 we found the Elohim ‘searching’ for His creations.

The Elohim knew where Adham was, in the same way as he knew where Kayin was. In both cases, He asks about more than location. The Adonai in both cases gave the human being the opportunity to explain their action and to show regret for what they had done. Jehovah questioning Kayin about the whereabouts of his brother was to engage him in conversation, to keep him from panicking, which is what would have happened had He immediately accused him. He did the same later with Balaam,

The point was to get them talking. Isaiah did the same to King Hezekiah after he had showed the envoys of King Berodach-baladan all around his treasure house.

Where is your brother Abel?

was to ease into conversation with Kain, hoping he would repent and admit,

“I killed him, and I sinned against You.”

Had he gone out in the field just so that his parents would not know where their sons were? God’s question was asked in such a manner that murdering Hebel in the field was perhaps enough to hide it from Adam, but not from the Hashem. Though Kayin did not seem to get it. He assumed that it was a real question and thought he could lie to the heavenly Father. He should have known that the Adonai knows everything, therefore we can wonder if he was attempting to fool the One on high.

Kayin’s flippant answer offends against the Torah’s ethic of responsibility for one’s kinsman and neighbour. The Bo’re demands not to stand up against the life of a neighbour. (e.g., Lev. 19:16; Deut. 21:1–9)

Am I my brother’s keeper?

Note the compound sheva under the ה of ha-shomer. This is not the word “the,” but the standard way of indicating a question in Biblical Hebrew.

Kain knew quite well that the Holy One knew all. He gave such an answer only out of embarrassment. When Cain lied in reply, the Holy One made clear that He knew the answer to the question. 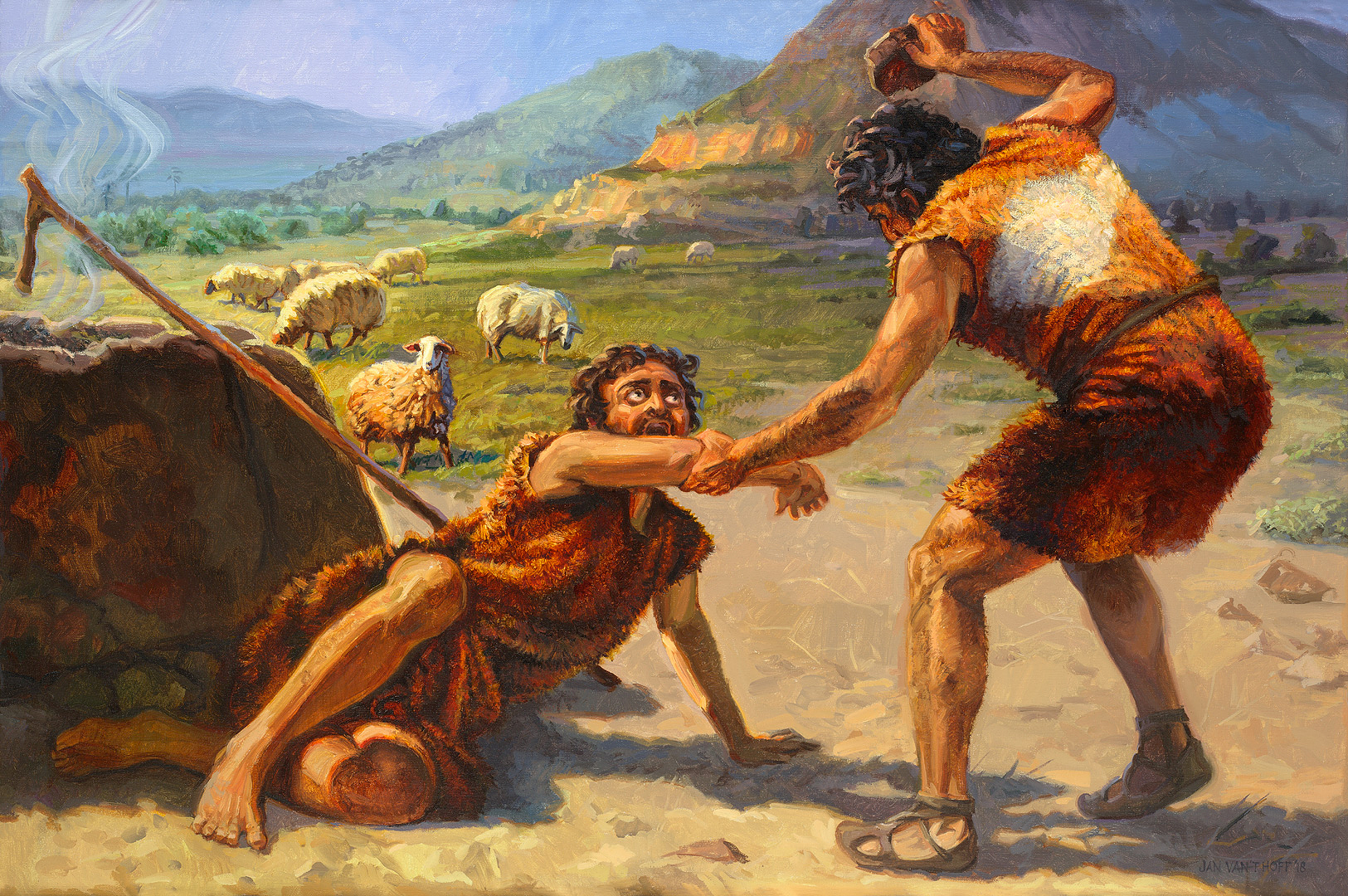 According to Mishnaic teaching, the New Year festival ushers in the Days of Judgment for all of mankind. Despite its solemnity, the festive character of Rosh Hashana is in no way diminished. In Scripture it is called “a day when the horn is sounded”; in the liturgy “a day of remembrance.” Again this year there […]

We Count. We Just Weren’t Counted.

Originally posted on Being Both:
More on Pew’s Jewish Americans in 2020 For generations, interfaith families who felt excluded, misunderstood, or disrespected by Jewish clergy or institutions, have found other homes. Some gravitated to Unitarian-Universalism, which draws on many religions. Some added Buddhism, or Sufism, or Paganism, to their spiritual practice. And for more than…

A cry in the dark by scientists and medics

It is a well-known fact that nature influences people. From all sites of the world, scientists cried out loud to become aware of what we are doing with Planet Earth. Mother Earth also cries, but so many do not want to hear nor see. More than 200 medical journals from around the world have written […]

Originally posted on Whimsygizmo's Blog:
the year has taken?much, and left?us hollow.? we count sorrowson both hands and watchthe cold doors close. i suppose?? of all these wayward things, i miss my -self the most.  i search the sky for rain and other groovy ghosts. It’s Quadrille Monday over at dVerse and I’m hosting. Come play! https://dversepoets.com/2021/09/06/quadrille-135-shake-that-poem-groove-thang/

The Australian state of Queensland is the latest jurisdiction to legalise euthanasia and assisted suicide. Nearly all of Australia now has access to “assisted dying”. In due course, someone will have to study why and how Queensland, a largely rural, socially conservative state with a substantial indigenous population, jumped on the bandwagon. The final vote […]

In 2012 several reports of scientists warned already for a coming epidemic and several natural disasters, as flooding, earthquakes and volcanic eruptions. The Oxford University’s Future of Humanity Institute and the Global Challenges Foundation warned already several years ago that the human race was gravely threatened by out-of-control science. Science has already begun to reveal […]